Propaganda presents “Game on the Hinnom Valley”, a collaboration between Shotiko Aptsiauri and “War Museum of August 2008” in Ergneti village.
After the war, Lia Chlachidze, a native of the coastal village Ergneti, situated at the occupational border, began collecting traces of war. The objects like bottles melted from the heat of bombs; clothes belonging to a dead soldier; half burned cradle covered in ashes and various daily objects. This woman, with the aid of the other villagers, gathered everything inside the remaining walls of a cellar ruined by war, naming it the “War Museum of August 2008.”
The museum is located in 50 meters from the occupational borderline. It was relatively improved in 2017, with the support of the president of Georgia.
Within the frames of this collaboration, the artist will exhibit aforementioned pieces in the center of Tbilisi, Chavchavadze 52, on a football stadium. The opening will coincide with the closing day of the World Cup in football, taking place in Russia… The World Cup that happens simultaneously with the ongoing kidnapping and disappearance of people from the “borderline” villages of Georgia.
“Game on The Hinnom Valley” is a space for reflection, pointing towards the issues hidden and ignored during the act of scrolling in the era of information.
The artist will create an experience, in which the viewer will become a part of the artwork and have an opportunity of understanding the “game” in all its intensity.
The installation, on one hand, is the artist’s commentary on the World Cup, while on the other, it stresses the importance of (and re-contextualizes) the War Museum of August 2008, focusing on the problems in the occupational border villages. 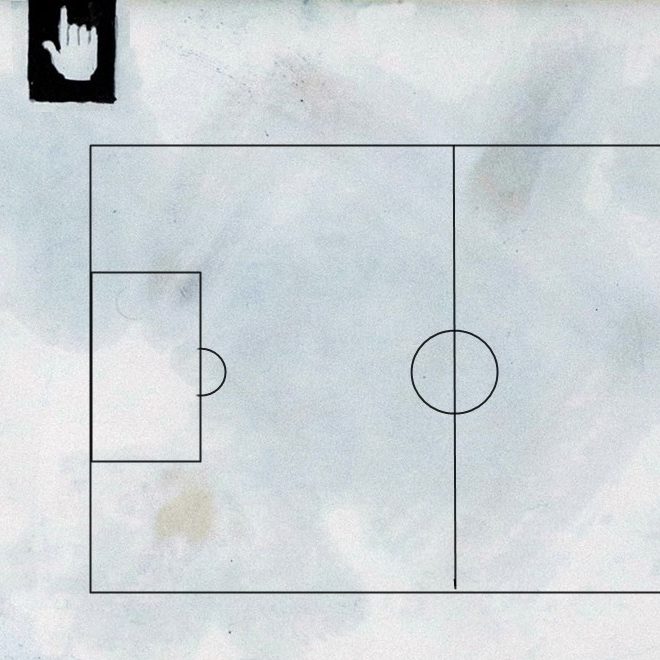