Date 08 Jun, 2021
Project Type Collective Studio
Nina Kintsurashvili is an interdisciplinary artist who was born in Tbilisi, Georgia in 1992. She earned her BFA in painting from The Tbilisi State Academy of Arts and MFA in Intermedia from The University of Iowa, where she also taught undergraduate courses. UIowa Intermedia is the first New Media Art MFA program in the US, established in the 60s.
Using painting and drawing as anchors, Nina moves across the genres such as video, sound, printed media, performance and sculpture. Her work is an abstract deconstruction and reflection on gender, theology and mysticism, cultural paradoxes, and material cultural heritage. She works with the images ingrained in the collective subconscious and transports them into neutral, sterile spaces where they are re-examined, re-evaluated, and re-arranged. During the process, Nina explores the idea of excavating the patriarchal past and reimagining it with a fictional narrative, where the female figure is reclaiming the lost space in the creation of the history and the cultural heritage of the country.
Other than her four solo shows, Nina has taken part in a number of group exhibitions. Among others, her work has been exhibited in Tate Modern as part of Future Late show curated by Tate Collective, Chicago Wetpaint Biennial in Zhou B Gallery, Ortega Y Gasset in New York City and PS1 Iowa City. 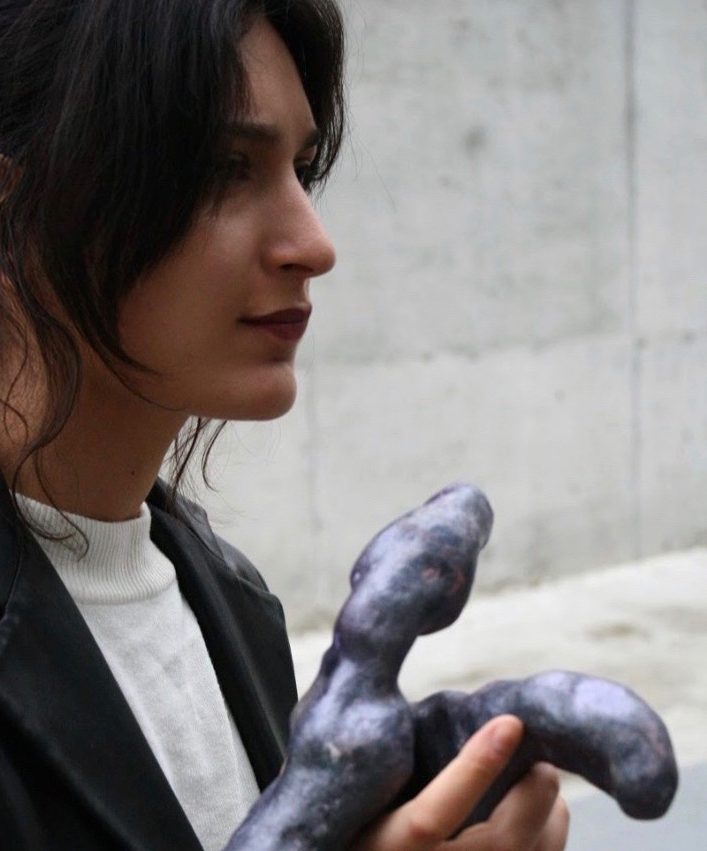