On the 6th of June, The Peace Cathedral presented artistic installation.

The Project was developed in collaboration among the Belgian neon artist, Dorus Daneels, the Evangelical-Baptist Church of Georgia and Propaganda.network; it comprises the permanent monumental neon composition on the façade of the Cathedral.

Incorporating religious and specifically Christian iconography is very common amongst contemporary visual artists for already many decades. In this regard, Georgia shares its experience with other post-Soviet countries and mainly provides two approaches: first are the artworks (usually from the Soviet and late-Soviet period) which serve to self-emancipation of the artists by opposing existing authoritarian regime; second and relatively new approach in this regard are creative endeavors which unapologetically fight against the radical and nationalistic ideologies and corresponding institutions/master narratives.

The artwork by Dorus Daneels is based on the alternative - 3rd Approach: He revives the tradition of the artist committed to the development of church premises on the one hand, and on the other - incorporates and artistically adapts the ideas having both: theological and profane values.

The installation was switched on by Rusudan Gotsiridze, the Bishop of Evangelic-Baptist Church of Georgia (Kartli Region), by Oktai Kazumov, Assistant of the Sheikh of the Administration of All Muslims of Georgia and by Tinatin Asatiani, the director of Propaganda.network.

General audience has the chance to see the artwork during the service days from 19:00 to 20:00 h. (6 Spiridon Kedia Street).

Dorus Daneels is the resident at Propaganda’s residency programme; the composition was produced at Propaganda neon studio. 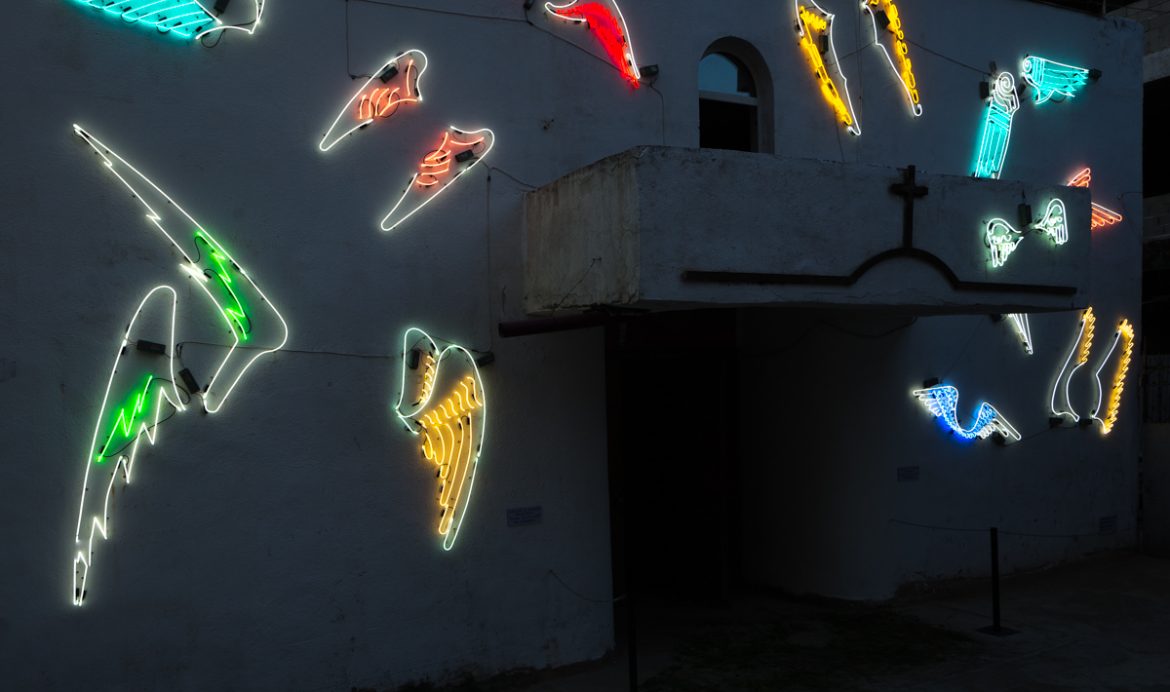