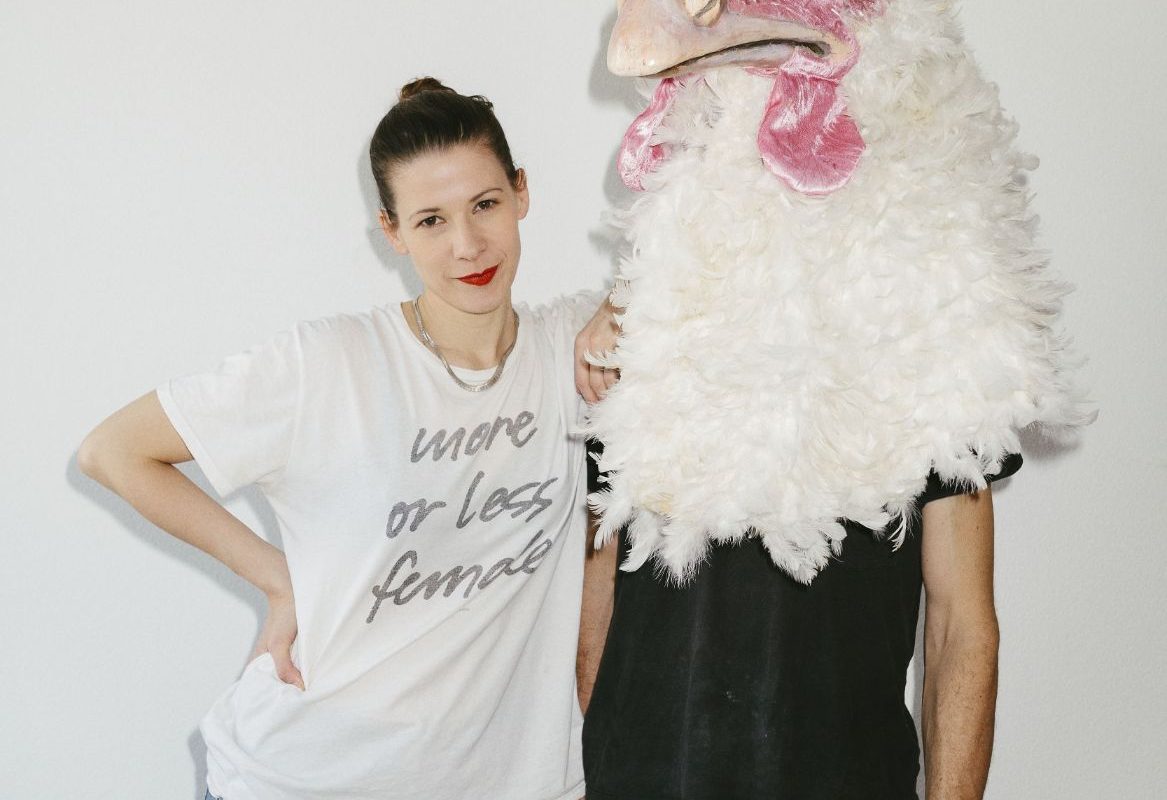 Sophie Jung (lives in London and Basel) works across text, sculpture and performance, navigating the politics of re/re/representation and challenging the selective silencing that happens by concluding.
She employs humor, shame, the absurd, raw anger, rhythm and rhyme, slapstick, hardship, friendship and a constant stream of slippages.
Her sculptural work consists of bodies made up of both found and haphazardly produced attributes and defines itself against the dogma of an Original Idea or a Universal Significance. Instead, it stands as a network of abiding incompletion, an ever-changing choir of urgencies and pleasures, traumas and manifestations that communally relay between dominant and minor themes.
She’s invested in triggering a de-categorizing of concepts and a de-conceptualization of categories, hopes for unholy alliances, cross-material solidarity and assemblages that defy resolution. Her approach to “stuff”—both legible utensils and metaphoric apparitions sits somewhere between materialist responsibility and wild becoming. Her writing exists in the tradition of écriture feminine and lives as a polyvocal collage often materialized and extended collaboratively.

Sophie Jung will be taking part in the Collective Studios / Stamba Tbilisi program in August 2021 and is working towards an exhibition at E.A. Shared Space in September 2021.
Recent exhibitions include Sincerity Condition at Casino Luxembourg; Tedium at Istituto Svizzero, Milan; Taxpayer’s Money for Frieze LIVE, Dramatis Personae at JOAN, LA; The Bigger Sleep at Kunstmuseum Basel; Come Fresh Hell or Fresh High Water at Blain Southern, London; Producing My Credentials at Kunstraum London; Paramount VS Tantamount at Kunsthalle Basel and Äppärät at Ballroom Marfa. She is currently working on solo exhibitions at E.A. Shared Space in Tbilisi and Galerie Joseph Tang in Paris. In 2016 and in 2019 she won the Swiss Art Awards and in 2018 she was the recipient of the Manor Kunstpreis.