Between December, 17-19, 2018, the underground space of Republic Square hosted social installation – “Mining Blow” by Tiko Imnadze. The artistic intervention in public space was aimed at strengthening the memory regarding fatal destiny of Tkbuli miners and raising the awareness of general society about this tragic issue.

According to the data collected from the Trade Union Confederation and the Ministry of Internal Affairs of Georgia, between 2007 and 2016, 414 people were killed and 717 were severely injured due to work-related injuries.

In 2017, 41 people were killed and 66 were severely injured. Tragedies are common at the Mindeli mine in Tkibuli. As of 2018, 23 people have died here.
As Mindeli mine is one of the only employers in the region, workers here risk their lives every single day. The situation at hand makes us question what the ways of survival are for those for whom working at the mine is the only way to sustain themselves, while both the state and the employer turn a blind eye to labor rights and safety regulations in the workplace.
Workplace Health & Safety Act was revoked in 2006 and renewed in 2015, however, as a mere formality, as it gives no real authority to perform an inspection without a permit from the administration, or to take any measures if a violation is discovered. Thus, it has no real leverage.

Tiko Imnadze’s installation “Induced Seismicity” uses scattered wood processed with coal, the so called “metal flakes”. All materials have been sourced from the Eliava market, Elmavalmshenebeli and Tsereteli railway mill. In art, coal often symbolizes destruction and loss, so the figures under the Republic Square reflect on the issues in question, exposing them to the public.
The project was implemented within Propaganda and Fablab Technopark 2018 open workshop contest. 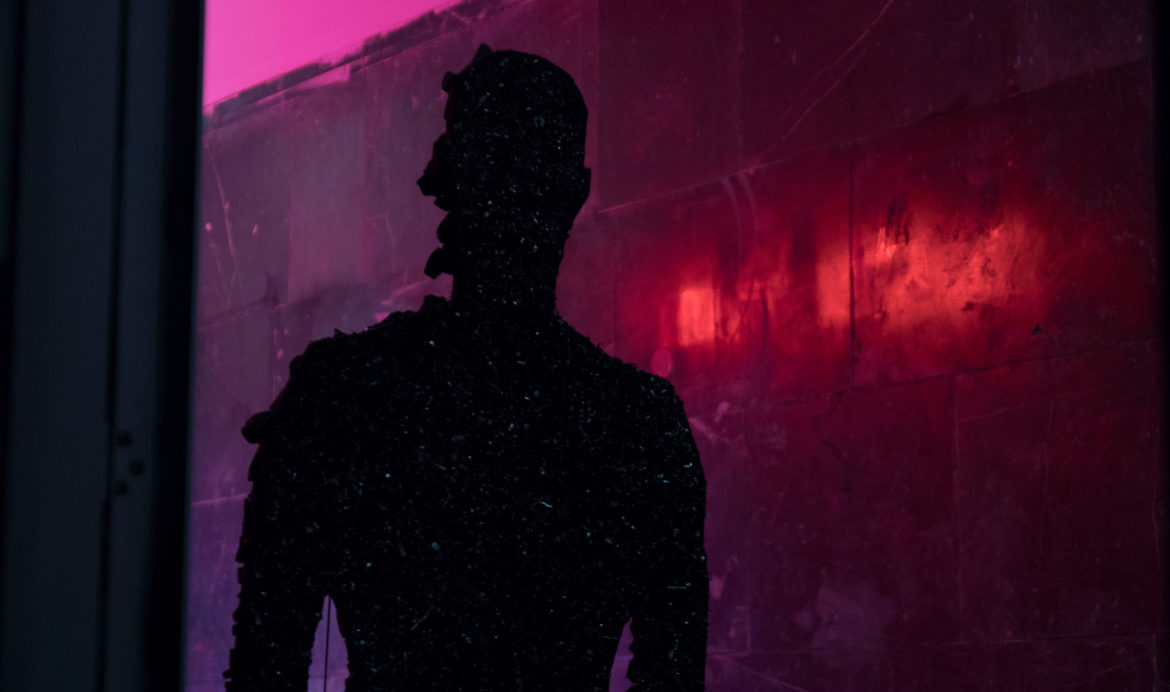