Reijiro Wada (born in Hiroshima, Japan, in 1977) is a sculptor working with landscape in eccentric and conceptual methods. Wada produces metaphysical dynamics, deploying natural and organic phenomena in his highly abstract forms.

Wada holds a Doctor of Fine Arts (DFA) from the Graduate School of Art, Tokyo University of the Arts (2008). Wada lives and works in Berlin.

Double glazed glass, with red wine encased within, is set into the window frame of an apartment in the micro-district of Gldani. The horizontal line created by the surface of the liquid overlaps with the horizon of the Tbilisi landscape outside, turning the view wine red. Georgia is said to be the birthplace of wine, which is believed to have been made here for over 8,000 years. Wine has been strongly associated with religion and mythology throughout human history. It symbolises the blood of Jesus Christ in the Christian tradition and figures such as Dionysius and Bacchus of ancient Greek and Roman myth, who appear as visual motifs in art, architecture and sculpture. Although essentially just fermented grape juice, people have been somehow attracted by its unique colouring and have projected metaphysical thoughts onto it throughout the ages. I would like to invite the audience to view the landscape of Tbilisi through the noble filter of red wine. In doing so, I wish to overlap Georgia's past with a new landscape, where nature and humanity are united.

Reijiro Wada, Scarlet Window (Tbilisi) is realized with the friendly support of the Nomura Foundation,Japan.

The work was realized in the frames of Tbilisi Architecture Biennial.
Powered by Propaganda.network. 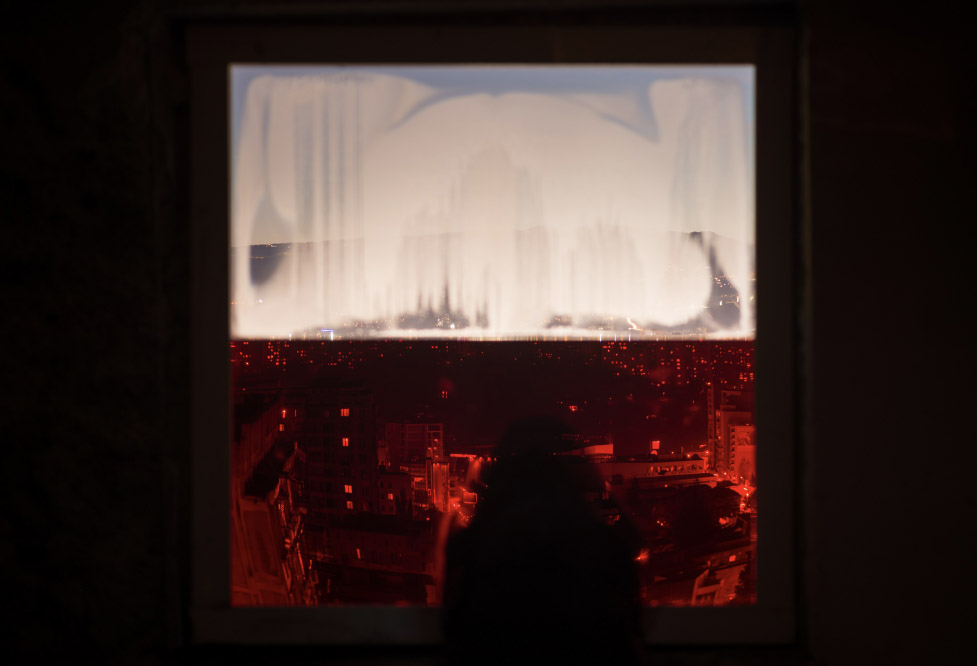