Nutsa Esebua lives and works in Tbilisi Georgia (born in 1992). She studied Fine Arts , Painting at the Tbilisi State Academy of Arts and graduated in 2016 with a master’s degree. Then she attended the Informal Master Program in “Creative Mediation” at the CCA - Center of Contemporary Art - Tbilisi. Esebua’s artistic practice is characterized by attentive observation and careful questioning of her surroundings. e main tool of observation is drawing, where the ideas start its materialisation. In final work it could turn into different form and material, or remain the same.
In her drawings, paintings and photographs, the artist interprets scenes and areas in which she finds herself. Visual impressions and researched knowledge play an important role in giving the perceived an appropriate form of artistic realization. Furthermore, she is interested in time changes. In her works, Esebua follows the footsteps of the past in order to make the disappeared visible again and to contextualize it in the present. After completing her deegries she recieved scholarship of residency in Zurich, Switzerland. After working and living there for 4 months she held the first solo exhibition “ flow”
Nutsa Esebua’s noteworthy projects include Tbilisi’s Architectural Biennial “Buildings are not enough”; “Block 76”; Tbilisi, Georgia – 2018.
“ Man was walking on a street” DIENSTGEBÄUDE Art Space Zurich - Zurich, Switzerland – 2018.
“Flow” Raum für Malerei - Zurich, Switzerland – 2017.
“Eco Impulses” Literature Museum - Tbilisi, Georgia – 2016.
“Who is this i can say l ? ” Silk Museum - Tbilisi, Georgia – 2016
“Art against War” Swiss Cooperation South Caucasus project - Zemo Niqozi, Georgia – 2016.
Fest I Nova - Art villa Garikhula, Georgia – 2015. “Les Papillons” Festival of Modern Art - Carpentras, France – 2015.

During her work in Propaganda’s common studio, Nutsa Esebua focused on translating the events and experiences into paintings. Those that occur in our real and daily life randomly and present a single or multiple act narrative. The desire of the artist was to bring those events or paintings alive into a different space. A starting point of this process is a painting, but it has the potential of transforming it into an object in space. 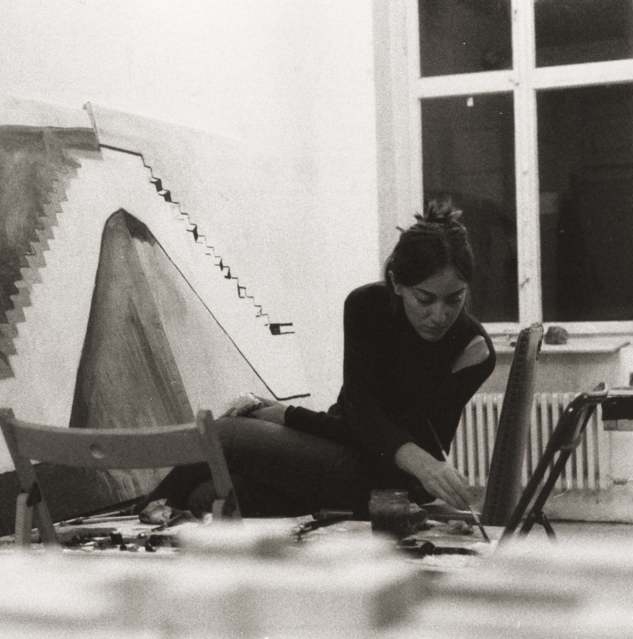