Lado Lomitashvili _ Water and Everything Resistant

Water and Everything Resistant is a site-specific work, a large part of the concept of which is the building, where it is exhibited.

Construction of the building, initially designed for a kindergarten, was only half-completed and currently its roofed part serves as shelter for two families.
The structure of the building consists of fifteen open and eight closed hexagons, which are interconnected like cells. Such configuration allows for the exposition to be separated into topics, without breaking the connection between them. The main media of the project entitled Water and Everything Resistant are sculptures, created from objects extracted from everyday life and other environments. After completion of the exhibition, the sculptures are going to remain in the same space and inhabitants of the building will be able to use them for their original purposes.

Lado Lomitashvili was born in 1994, in Tbilisi, where he lives and works. He graduated from the faculty of architecture of the Tbilisi State Academy of Arts. Architecture, its significance and spatial thinking in general play a main role in the abstract works produced by Lomitashvili. Constructive solutions and location of the works are one of the important parts of Lomitashvili’s work, since physical form and location are largely indicative of the conceptual thinking behind the artworks.

Relationship of the artist with material and media, which he constantly changes, is notable. Changes depend on what is dominant for the work in question: color, shape, scale or location.

The work was realized in the frames of Tbilisi Architecture Biennial.
Powered by Propaganda.network 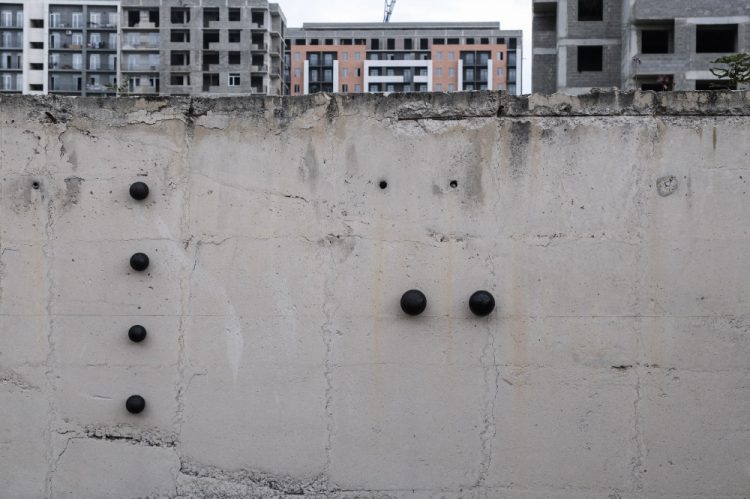