Joanna Zabielska, working on the intersection of art, design and architecture, deals with the social and spatial issues of city transformation. Using different media, from inflatable textile installations to cooking performances, she develops participatory, site-specific projects together with local communities .

“First life, then spaces, then buildings - the other way around never works” Jan Gehl Gldani district is, however, the result of the “other way around” approach. Constructed in a hurry to provide a predetermined number of flats, Gldani gives little consideration to the space in-between buildings. Additionally, built under an oppressive political regime, Gldani could not provide any outside space in the sense of free spaces. No wonder that any attempts for an independent life took place inside, in less controlled private spaces. As a result, public space in the sense of commonly shared ground is hardly present in Gldani.

The c’mon room is an attempt to create this public space and bring life back from private into public space. A wireframe installation based on the average floor plan of a Gldani flat provides a stage for social interactions. It offers the neighborhood a free and open space to express thoughts, ideas and critical reflections on Gldani’s physical and social state. 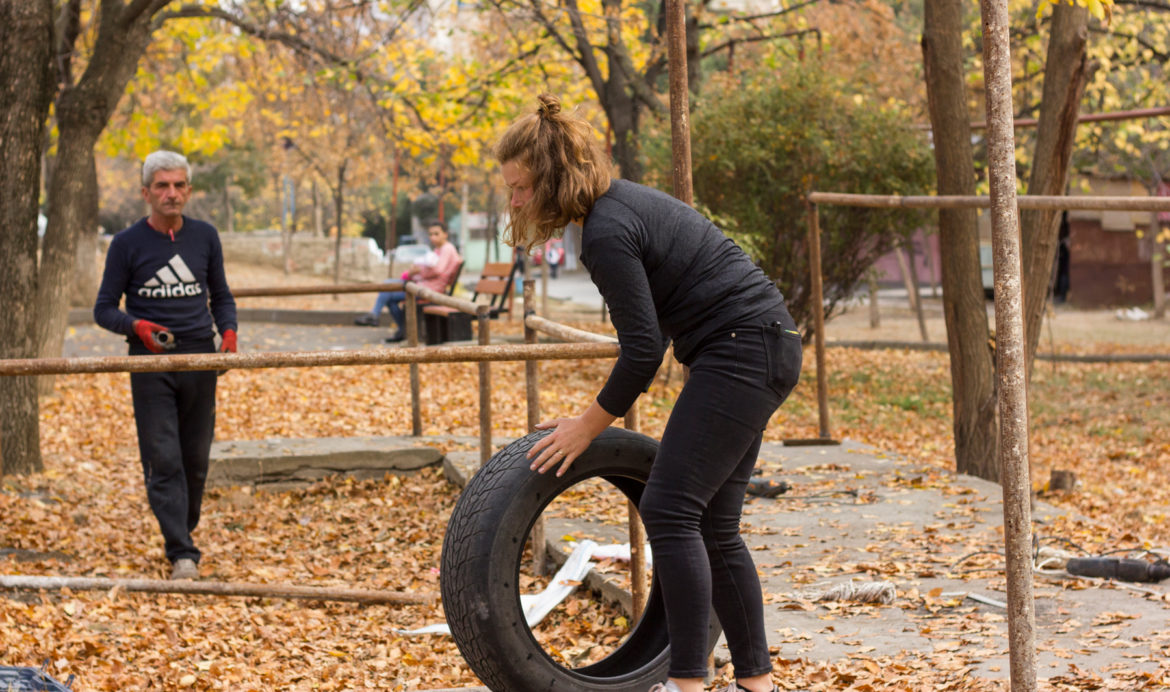