And Each Separate Dying Ember Wrought Its Ghost Upon The Floor

Our city gives birth to a new ecological and visual catastrophe each coming day. It precipitates slowly in our lungs and memory to inevitably become an integral part of it.

The city itself is a mirror for the processes going on inside it. Its visuals are representative of social signs that can be read by anyone who puts their mind to it.

According to the World Health Organization, Tbilisi, with its uncontrollable constructions, systemic cutting down of trees, week regulations of exhaust fumes and lack of recreational areas, is of of the most polluted cities on earth.

Within the scope of the project, four air quality monitors were installed in 4 different locations around the city (Baratashvili str, Griboedov str, Aghmashenebeli str, The Botanical Garden). These sensors keep track of air pollution levels in real time. The sensors run in conjunction with an installation located in the green houses of the tropical orangery of the Tbilisi Botanical Garden. Visitors will be able to see the artist's interpretation of the flow of pollutants in the air as registered by the sensors between 30th of March and 2nd of April.

The project uses sensors that are based on the arduino microcontrollers and comprise of an air quality monitor module and a GSM transmitter.

The sensors measure the state of air and transmit the data in real time. The installation located in the botanical garden has access to this data and transforms itself according the changes in the air pollution. 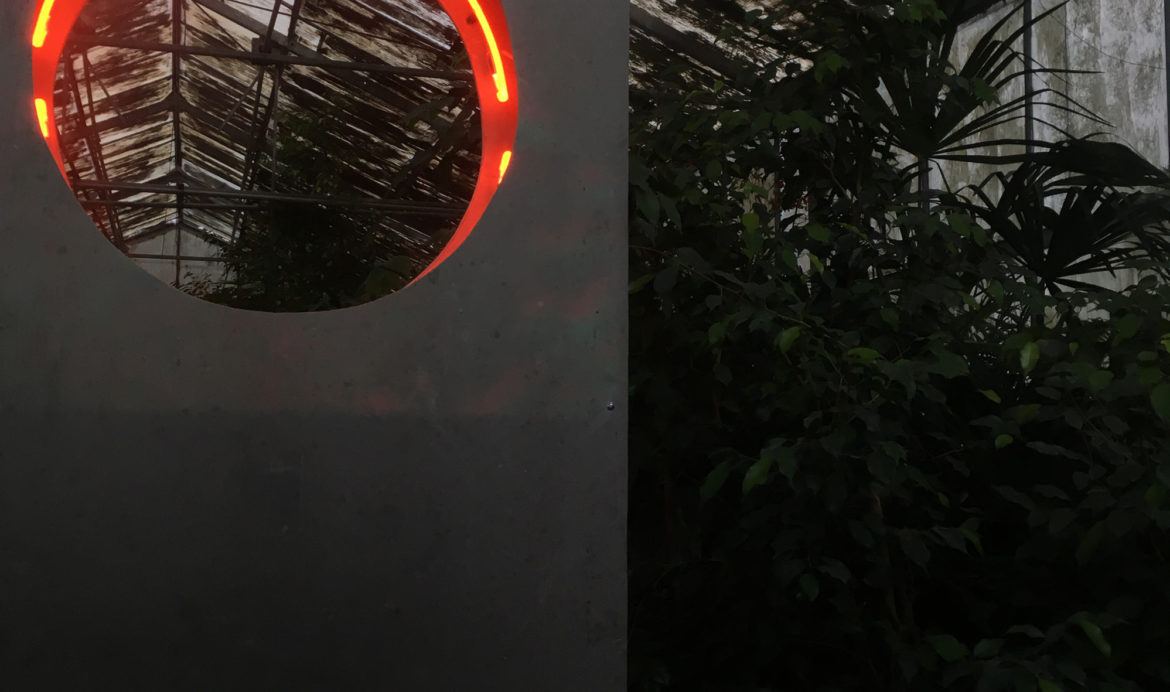