Ana Chaduneli  – “Before It Shifts into Emptiness and Disappears”

Ana Chaduneli  – “Before It Shifts into Emptiness and Disappears”

On 20 December 2018 Propaganda Network, TBC Status and Stamba Hotel presented an exhibition & sale of Ana Chaduneli’s works, “Before It Shifts into Emptiness and Disappears”.
The exhibition featured paintings and graphic pieces created by the artist at various times. Among these works a video piece created in collaboration with Tamar Chaduneli was also shown .
In her works, Ana creates a virtual world in which deconstructed objects are scattered in space. On one hand, these abstract creations remind us of everyday items, however, they also exist independently, with no conceptual connection to everyday life.
In her works, Ana Chaduneli explores the difference between the digital and the analog. Soft painting and graphic techniques help create a portal transporting the image into a three-dimensional, abstract realm. As a result, one can observe a process of yearning to capture unfamiliar sensations, a disorientation between realms that becomes legitimate.
Ana Chaduneli was born in Rustavi, Georgia in 1990. She graduated from the Architecture Faculty of the Tbilisi State Academy of Arts in 2013. In 2012-2013, she also completed an informal Master’s program at the Center of Contemporary Arts of Tbilisi (CCA). She’s taken part in various exhibitions in and outside of Georgia: Villa Arson (2013), Kiev Biennale (2015), Istanbul Biennale parallel program (2015), Spontaneous Architecture, Kunstverein Leipzig (2015) and “Again” in Gokh, Germany (2017). She has also participated in artistic residency programs in Swetherland and Norway. In 2014 she was awarded the Tsinandali Prize in Visual Arts. Now she’s completing her Master’s degree in Visual Arts at School of Arts Ghent. 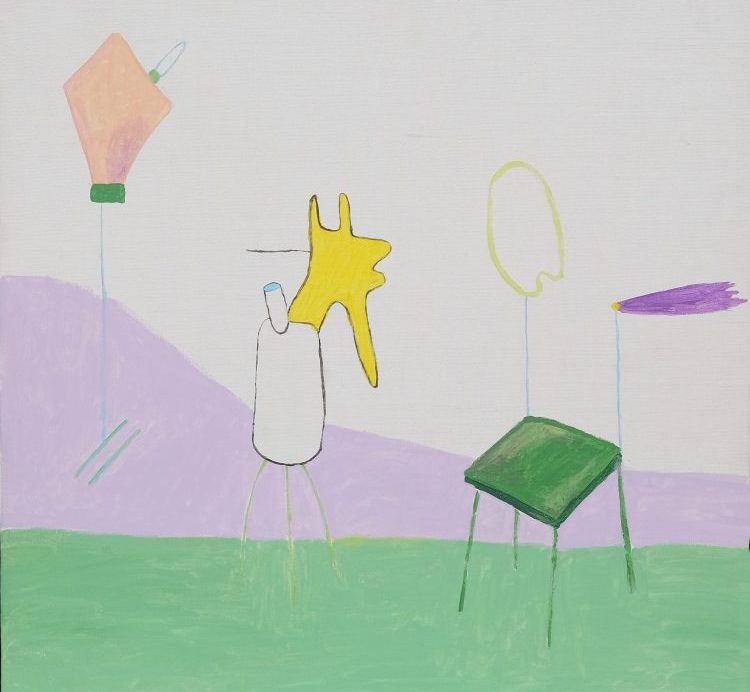